One thing you might quickly realize about rich men is that they are, by far and large, polite, classy and professional in their dealings.  They have to be…or else rumors that they’re a jerk will spread all over the news and no one wants that.

On the other hand, just because a rich guy is being nice to you and listening to you talk, does not necessarily mean he’s interested.  Rich men have very select qualities they look for when looking to date someone new.  If you don’t possess those qualities, they might not be interested at all, or might just friend-zone you after a one-night stand.  The best thing to do is analyze his behavior as he’s talking to you to see if he’s actually showing signs of interest.  Here are some definite signs to look for.

Well, men are attracted by good looks and signs of confidence.  At first, he might only approach you hoping for flirting and fun.  If a rich guy is interested in you physically, no problem, that’s the first step of the relationship.  (Which is why it’s important to look good at all times)

A man who is enamored with you will enjoy the conversation as much as he enjoys flirting.  If he’s only interested in you physically, he may not say much at all.  But if he enjoys the back and forth dynamic you have, that’s a sign of real interest.

If he’s attracted to your personality, he wants to know what and how you’re going about your life.  Are you successful or determined to be successful?  How do you apply to yourself?  Do you just dream or do you “do” as well?

Don’t be phased by rich guys who are determined to get you to bed.  That’s nothing.  But a man who actually invests effort in getting to know you, dating, talking, and doing favors for you is showing that he’s serious.  Talk is cheap but effort means everything.

Rich guys who are just after sex have no interest in claiming you – or giving up their showgirls either.  If a guy is seriously into you, he will lose interest in other women and crave more time with you.  He wants attention and he wants you to know that he wants you, he wants you to be his girlfriend – so, other guys, better back off!

He only wants to help, he wants you to feel good, and wants you feeling at your best.  When a rich man falls in love, he considers you a friend, maybe even like family.  He stops playing mind games and instead has a vested interest in your comfort and happiness.  He wants to show he’s a good emotional provider, not just a super rich guy.

As you can see, rich men are JUST MEN, believe it or not.  The signs that they’re interested in you are similar to other men.  What’s different is their tastes, their intuition, and their approach to dating.  If you can learn their mindset, what they’re thinking behind that cool smile, you can win the dating game and take home the man of your dreams.  Keep visiting RichMenDating.net to learn more about the lifestyle. 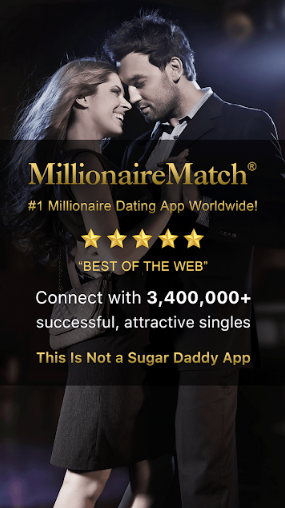